The term “blue chip” came about from the poker game — whereby the blue chips have the highest value. It is used in the corporate world to refer to financially stable companies with inherent profitability mechanisms even in challenging economic circumstances. Blue-chip alludes to blockchain currencies with at least a $2 billion market cap in crypto.

Reliability and dominance in the respective industry also account for the blue-chip status. Bitcoin was the pioneer crypto and has kept the top spot ever since. For instance, BTC had its 10th anniversary in 2019, with its current market cap beyond $300 billion.

There’s a need to contrast the ordinary and DeFi coins for crypto blue chips. Though both utilize the blockchain concept, the normal ones refer to the pioneer coins. However, DeFi coins with more than just stores of value are on the rise and could perhaps overshadow the former.

Why is it most in-demand for investors?

Traditionally, blue-chip is a well-established and financially sound company with a long, stable, and reliable growth record. The brand is trusted and widely used, and the market cap is often north of USD 5B. Although volatility is an inevitable part of any long-term investment strategy, blue-chip crypto is seen as less volatile because of its institutional nature.

However, if you are new to the crypto scene, you might be overwhelmed by the insane price fluctuations — be it up or down. Nevertheless, here are some guides for you to get involved in crypto.

The oldest and the most prominent among all the digital assets today, Bitcoin’s bull case is being studied in-depth. In an industry with a market capitalization of about $2 trillion, it’s stunning to see just how influential Bitcoin is. the No. 1 currency holds nearly $800 billion in market cap, accounting for about 40% of the entire market. This massive weight leads BTC price fluctuations to influence every other crypto, meaning on its down days, Bitcoin can throw the whole market into a correction.

BTC is likely to double in price quite soon, according to predictions. However, there is a possibility that it won’t reach the 126,000 markups. It is simply because no formal regulatory bodies or regimes support it.

Bitcoin could have earned some investors hundreds of dollars after an initial investment of $100. Still, when the charts started to resemble a market bubble, many others undoubtedly took their money and fled. Nevertheless, if everything goes according to plan, BTC will reach a value of over $126,000 by year-end 2025. Compared to the beginning of 2022, this represents almost 206% growth.

There is a cap on the number of ADA coins at 45 billion. It is the youngest when compared to the other specified blue-chip cryptos and fourth in the list in terms of market capitalization. There is a proof of stake protocol, which incentivizes users to establish new blocks.

And this is believed to be far more energy-efficient than the proof-of-work algorithm being used by Bitcoin. So, with better energy usage, it is also the best climate-friendly cryptocurrency to buy on the market right now. Further, the hurdle that it can be introduced in the Japanese market has also helped the crypto spur in price.

Uniswap is one of the best cryptos to buy because it is a king of crypto exchanges in its own right. While it’s not anywhere close to Binance in size, it is the largest decentralized exchange in the world.

The UNI token is a DAO token, meaning anybody who holds the crypto can vote on community proposals. This directly democratic model ensures that holders are steering exactly which direction the platform takes. This makes for one of the most hands-on investing opportunities available.

Crypto consumers are still concerned about crypto bans and new restrictions. The pessimistic prediction is valuing Uniswap at $0.367 by 2025. On the other hand, some experts have a more optimistic forecast — their Uniswap price prediction for December 2025 is $41.51.

The stablecoin industry is fiercely competitive, but the USD Coin has emerged as one of the clear-cut cryptos to buy in this sector. Launched by Coinbase and crypto payments company Circle, the $1 USD-pegged token is the second-largest stablecoin by market cap, worth almost $50 billion.

Stablecoins are popular investments for DeFi loyalists, liquidity farming the tokens in pairs with other cryptos. This venture can prove quite lucrative, and as one of the most popular stablecoins, there are many options out there for passively earning using this crypto.

But perhaps most interesting about the project is its transparency. Many other stablecoins have fallen under scrutiny for not clarifying the nature of the reserves which underlie them. USD Coin avoids the issue entirely by posting monthly reports explaining exactly where its underlying resources are coming from.

The DOT blockchain is considered a layer 0 blockchain. It is a system of proof of stake that aims to become a scalable solution for smart contract blockchains. It will be possible to link 100 different blockchains together through its platform, allowing them to communicate.

DOT will be seen as a better option, and with the huge community, Polkadot price will touch new highs. The price fluctuations are hard to predict, especially if the market is more bullish OR bearish. The experts predict the Polkadot market to grow in 2025, resulting in $77.71 by the end of the year.

It’s distinctly good news for adoption to see language like “blue chip” popping up about crypto. Where investors used to sweat over safe investment in stocks that yield predictable returns, we’re now seeing this attitude make its way into crypto. Everything old is new again.

How to pick a reliable automated trading solution?

Check our most extensive guide on how to choose the valid and profitable auto trading provider. (We’ve already picked up the top 5 for you!)

What Are Value Stocks: Top 3 Value Investors Should Know

What Is the Most Accurate and Best Crypto Portfolio Tracker? 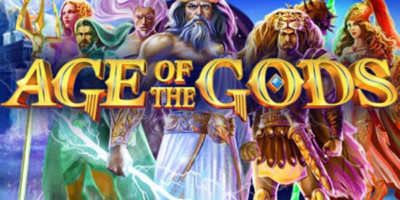 Top 5 Safe Heaven Crypto to Increase Your Income in 2022