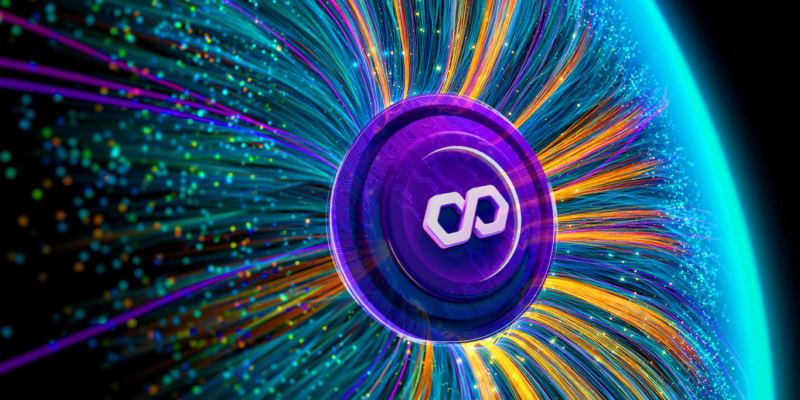 For creating and connecting Ethereum-compatible blockchain networks, Polygon uses the MATIC token as its power source. Several basic issues with Ethereum need to be addressed by Polygon developers, including transaction speed and cost.

Why is Polygon most in demand for investors?

There are several reasons why it is in demand to buy Polygon for investors. First, one of the finest investments you can make has a clear path ahead of it in the crypto market. There is little value to be found in the majority of cryptocurrencies that are available to the general public. For those who want to put their money into the Polygon currency, you can be certain that the company has a plan, implements it, and provides real-world solutions. The Polygon network uses a novel analogous technique like Ethereum’s, but far better. The Polygon network’s governance token is known as the MATIC token.

Developers of decentralized applications may use the network as a scalable platform. Most developers choose to work on it because of its scalability, significantly less costly than the Ethereum network. It also takes advantage of the network’s security by using Ethereum’s side chain features.

As Bitcoin and Ether, MATIC, the Polygon network’s token, demand. Others have embraced it because of its practical solutions for increasing transaction volume and reducing transaction costs.

Most profitable Polygon (MATIC) projects for 2022

Let’s take a look at the few most profitable Polygon (MATIC) projects for you to invest in in 2022.

Terra Virtua is a blockchain-based AR/VR collectibles platform for mobile and desktop devices. Various NFT collections on TVK allow users to connect with the platform while also using their treasures in novel and fascinating ways.

In August 2021, Terra Virtua was transferred to the Polygon blockchain from Ethereum. The move to Polygon was part of TVK’s plan for a more sustainable NFT environment without users being discouraged from participating. Using Kolect, a platform’s native token, you’ll have access to many new features, services, and adventures.

For example, the Prestige Club membership that comes with the token enables users to get NFT airdrops, collector goods, sneak peeks, and more. Market participants may also use TVK to produce unique NFTs that can be traded.

Currently, TVK is trading at $0.24, with $17 million in 24-hour trading volume. It has a market capitalization of $157 million, with a circulation supply of 655 million TVK. TVK can be purchased on several exchanges, including Binance, KuCoin, Gate.io, Uniswap, and LATOKEN.

By 2025, the coin might reach $0.87 with major help from financial institutions, thanks to its current pricing range attracting many traders’ interest. A 2025 average price of $0.73 suggests surpassing the present trend and setting new records.

NFT game Aavegotchi was initially based on the Ethereum blockchain and afterward migrated to Polygon. It features adorable pixelated ghosts. In addition to Cryptokitties and Axie Infinity, Aavegotchis are supported under the ERC721 standard. With the help of GHST, Aavegotchi platform users may manage their DAO and put their tokens at stake to get rewards.

In the beginning, Aavegotchi was released on Ethereum. Still, it was relocated to Polygon shortly after its mainnet debut because Ethereum gas costs grew too costly, costing over $300 to build a portal and begin playing the game.

Seventy-six percent of the developers approved the transfer to Polygon, who realized that Ethereum work was no longer productive. As a result, the event was dubbed “The Great Migration,” It sparked a heated discussion, with Polygon emerging as the winner.

As a result of MATIC’s decentralization and excellent security, the team selected it to safeguard players’ funds while maintaining the decentralized network’s integrity.

It’s valued at $171 million with 70 million GHST in circulation. GHST can be purchased on several exchanges, including Binance, Gate.io, KuCoin, Kraken, Crypto.com, and Uniswap.

The price horizon for Aave seems to be rather broad. It doesn’t depend just on decentralization to operate. It is predicted that AAVE will be valued at about $1800 by the end of 2025, according to our estimates.

An NFT marketplace may purchase land in the Metaverse and other artifacts and commodities from Vulcan Forged. Because the marketplace is on Polygon, PYR obtained via Uniswap will need to be bridged into Polygon.

There are 18.9 million PYR in circulation with a market value of $485 million. PYR is traded on Binance, KuCoin, Gate.io, Uniswap, Huobi Global, Bittrex, and other exchanges.

Increase in Vulcan Forged PYR value due to the efforts of network developers and community investors. Therefore, the price prediction for 2025 is bullish. In 2025, analysts expect the PYR to reach a $61.12 coin price maximum. On the other hand, the future of the Vulcan Forged PYR seems to be brightening. PYR prices are thus expected to vary between $50.82 and $52.30 by 2025, with the latter being the most likely.

Despite being based on Ethereum, Decentraland is included because of a partnership with Polygon, which provides an Ethereum sidechain. Polygon’s side chain may be used to speed up and reduce the cost of transactions in Decentraland.

Players in your scene may utilize the l2-utils package, which provides basic methods, to make transactions with MANA on Polygon’s network, as an example. Using Polygon does not need switching networks in your browser since everything is handled via meta transactions.

For low-cost transactions, Decentraland, one of the most well-known Metaverse efforts, uses Polygon’s sidechain. However, most Ethereum-based programs seem to utilize Polygon somehow since it gives a simple solution to Ethereum’s scalability issues.

This cryptocurrency has a market capitalization of $6.1 billion, with 1.82 billion MANA in circulation. Binance, Huobi Global, KuCoin, Crypto.com, FTX, and Kraken are just a few of the exchanges where you may get your hands on MANA.

According to the Decentraland MANA price estimate, the MANA token may reach an appreciable level of $13 after overcoming the psychological resistance level of $10 in 2025. Since Decentraland has such a large market cap, they are well-positioned to benefit from the token’s future growth in terms of various metrics such as its price, volume, and upgrades, among others. They are also actively involved in community initiatives that promote education, outreach, and new ideas.

Polygon (MATIC) is a fantastic investment for any serious investor looking to make a profit. However, nothing can prevent the protocol from spreading and establishing new corporations as an important Layer 2 scaling solution in the future.

Top 5 Most Volatile Crypto to Pick Up & Earn